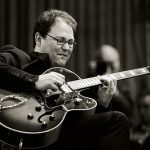 Dirk was born in Antwerp on the 28th of August 1969. At the age of six he started with the guitar.
He came at first in contact with jazz at the age of 12. This was in a restaurant in Antwerp. At the same time, he played already the first notes on the piano. Now, Dirk plays guitar, Hammond organ, piano as well he’s a composer, producer, music teacher and Sales Manager for Hammond Suzuki in Europe.

Even though he’s a completely self-taught musician, he teach Hammond organ at the Conservatory of Ghent. In 1989 he became a professional musician. In that time, he played as a musician in several theater projects as “Blauwe Maandag Compagnie”, KVS, KJT etc. 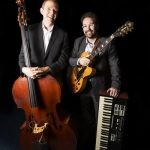 Very often he’s been asked to play with other jazzformations as a guest.
For example with the German band “Lothar-Krist B3 Trio (on guitar).

Dirk works a lot for TV and radio in Belgium and other countrys. 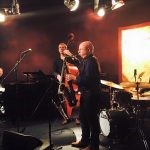